The event took place in the Hotel Dann Carlton Bogota, bringing together more than 140 industry professionals with the following distribution by Attendee profile: 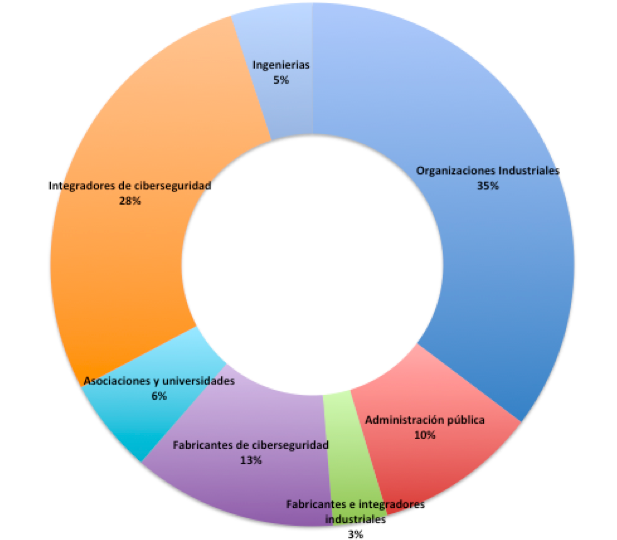 Diego Zuluaga , head of information security at ISAGEN , after more than a decade of experience in the field of Industrial Cybersecurity began presenting some data of the electricity sector in the country, explained the current and future interconnection system in the power sector . Presented the attack hydroelectric project , stating the current evolution and sophistication of the attacks, and argue that it is necessary to integrate IT and OT to address the new situation. Also explained that there is now greater risk , I conclude by noting that the Cybersecurity in the electricity sector is a responsibility of all stakeholders , there must be public-private partnerships and prioritize programs based on standards sesibilización .
Subsequently, these international speakers discussed at a roundtable on the international perspective of the Industrial Cybersecurity .
Iñaki Eguía and Arkaitz Gamino , industrial Cybersecurity researchers Tecnalia presented the current status and challenges for the risks of components in Smart Grid and presented SEC4Scada thought to design, evaluate and certify safe products for the power sector , low and medium voltage , and other critical sectors.
Bryan Owen , Managing Cybersecurity in OsiSoft , made ​​an interesting presentation on 15 real cyber incident that occurred in various parts of the world such as Latin America, USA , Russia, Australia , Europe or the Middle East.
Virtually all incidents are due to software vulnerabilities and has given us 3 lessons learned:
Marcelo Mayorga, System Engineering Manager for South America , introduced the approximation of Fortinet to protect SCADA systems. During the presentation explained the most common sources of security breaches , and showed how to apply network protection process based on defense in depth .
He ended his presentation by presenting Fortinet protection technologies for SCADA environment thanks to its low latency and performance.
The first day was closed with a table discussion attended by Bryan Owen, Marcelo Mayorga, Arkaitz Gamino and Robin Salcedo providing very interesting ideas on the management of incidents.
The second day of the conference began with the same interest from the floor and a full schedule of high-level presentations , including highlighted it by Ecopetrol explaining its work plan to protect industrial control systems that have been doing since 2007.