La Voz de la Industria The Voice of the Industry

The voice of the Industry. The state of Industrial Cybersecurity in Spain

Events, The Voice of the Industry

The main actors of the industry reunited to discuss on Industrial Cybersecurity. 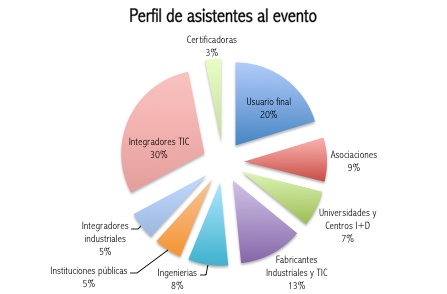 The event started with the official presentation of the Industrial Cybersecurity Center by its director Samuel Linares who stated that Spain with the help of the Center is in the way to decrease the gap in industrial cybersecurity with the United States. After three months of activity, the centre has 200 members, 23 sponsors, is present in 15 countries and has the commitment of public institutions such as CNPIC and INTECO as well as international associations as PESI, ISSA and others.
During the event it was introduced the Roadmap of Industrial Cybersecurity in Spain (2013-2018) that had the participation of many of the main actors in the industry. The Roadmap will be released on july 1st.

CNPIC and INTECO explained their view on the public-private partnership as a basic tool for industrial cybersecurity improving.

Tecnalia keynoted on the cybersecurity challenges in the Smart Grids. And presented the first training on cybersecurity for Smartgrids.

The event concluded with a round table about awareness of Industrial Cyberesecurity with the participation of Iberdrola, CEPSA, Tecnalia, Inteco, Técnicas Reunidas and Telefónica.